Cloud Blog – 10 Reasons Why CI/CD is Important for DevOps

10 Reasons Why CI/CD is Important for DevOps 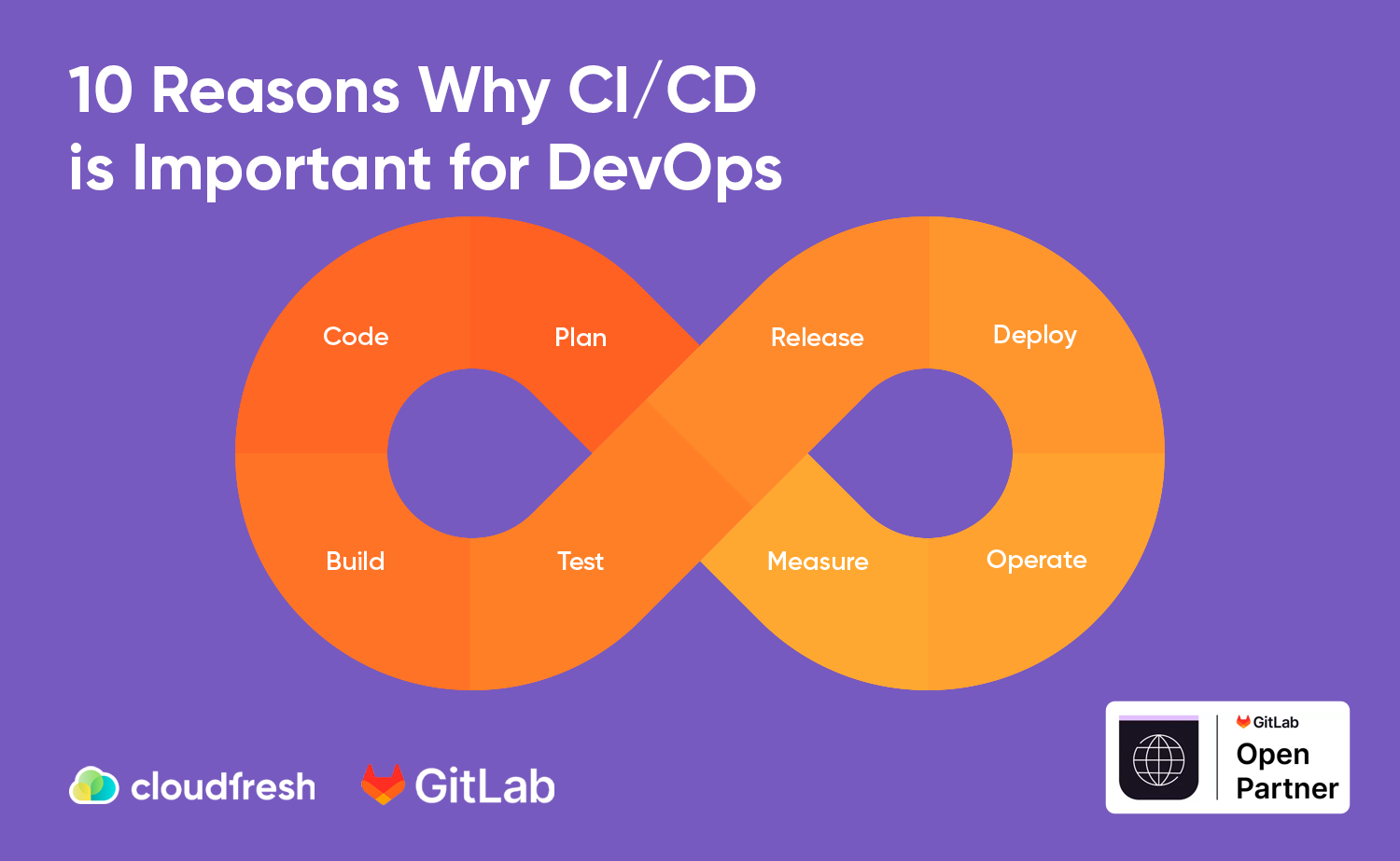 The buzz around continuous integration/continuous delivery (CI/CD) is growing today. Needless to say, every organization (whether it’s a software company or not) should consider adopting a CI/CD model. It has become the cornerstone of building, testing, and deploying modern software and also lives up to the expectations of changing business dynamics.

So embrace the reality (and DevOps) and invest in creating the most efficient continuous integration and delivery pipelines possible. How to sell this strategy to management? Start by pointing out that your closest competitor is likely already taking advantage of continuous CI/CD.

What is the role of CI/CD tools?

CI/CD is a two-step process that dramatically streamlines code development and delivery using the power of automation. CI makes developer tasks like source code integration and version control more efficient so the software can get into production faster. It also enables coders with the possibility to continuously add a new code to one system so that the systems and codes are constantly updated.

CD is on the other hand of this process, making it possible for the new code to come in and push your business. It automates software testing and deployment. Together, CI/CD is a powerful and unmatched engine of modern software development, and it has untold benefits for businesses.

Re-architecting your business with the CI/CD benefits

CI/CD pipeline is essential to the DevOps transformation and has numerous benefits for businesses. Here are ten reasons to adopt CI/CD:

The number one reason to do DevOps is code quality, and the number one process teams need for DevOps is CI/CD. Because CI/CD pipelines offer test automation, developers can know about code problems in nearly real-time. That concept of “failing fast” means teams aren’t wasting time or resources with buggy code, and devs aren’t plagued with endless “fix” requests when they’ve moved on to other projects. Time is saved, money is saved, and developers aren’t endlessly context-switching.

A unified CI/CD pipeline is like a turbo engine when it comes to boosting the rate of software releases. The faster code is released, the more new code can be developed and released ad infinitum. The business bottom line: Expensive developer resources are active when a successful CI/CD pipeline is in play.

CI/CD is a system that can merge new lines of code with the old system while checking for mistakes or possible bugs. It makes it easier to release new updates with fewer mistakes. It also makes it possible to release updates continuously in a way never possible before.

Anytime a human does not have to intervene in the software development process, time, and thus money, are saved. That’s why automation is the underpinning of successful DevOps practices. CI/CD automates the handoffs, the source code management, the version control system, the deployment mechanisms, and, of course, so much of the testing.

Of all those, testing is arguably the most important. On the contrary, testing is the number one reason releases are delayed. Not only do delayed releases impact the business from a cost, branding, public relations, and even a reputation perspective, they are deadly to companies relying on speedy time-to-market. Historically software testing was manual and incredibly time-consuming, so companies only released new code once or twice a year. Companies have to release all the time in today’s world, and automated software testing is critical to making that possible.

Before DevOps and CI/CD gained traction in software development, development teams would know there was an issue with the code. Still, they would need help understanding exactly where the problem was happening. CI/CD and its automated testing have changed that. Developers can quickly identify and then isolate code faults, dramatically improving productivity.

A CI/CD pipeline allows developers to fail quickly and recover faster. It’s a simple process to push code into production and roll it back if there are issues. In other words, if you deploy to multiple environments, CI/CD pipeline tools will conserve the history of deployments, allowing you to roll back to any previous version. It saves teams time, energy, and resources and leads to faster fixes of problem code.

A unified CI/CD process, operating as part of a DevOps platform, gives everyone on the team – including business stakeholders – a way to see what’s happening, where it’s happening, and what might be going wrong. It sounds simple, but a single window into software development is almost revolutionary.

In the past, there were so many tools in play that a project manager might have to look in several places and ask some people, to get status updates. Developers and operations pros fared the same. That was a waste of time and resources, mainly when problems arose.

Moreover, good CI/CD can also increase a sense of ownership within engineering teams. Teams feel empowered when using CI/CD properly; a well-implemented deployment pipeline helps a team own the software, from planning to production, enabling rapid changes when needed.

A CI/CD pipeline makes the entire software development process transparent for the business side, thanks to continuous feedback. Product managers can check project status at a glance and track accountability as needed.

Thanks to the visibility provided by a CI/CD pipeline, DevOps teams see issues quickly and can fix them fast. The ability to rapidly resolve problems lies at the heart of a critical development metric: mean time to resolution, or MTTR. The better the MTTR, the more efficiently the DevOps team is working, and the faster software can be released; in other words, MTTR directly affects a business’s bottom line.

Teams and the business side need to know how code functions in the real world, but monitoring metrics often need to be more present in traditional software development practices. In an ideal world, teams would know there was a code problem and roll it back long before end users realized it. A CI/CD pipeline makes that “ideal world” a reality by delivering continuous feedback on various metrics. However, access to metrics data is more than just a time-saver, as organizations want to avoid being associated with bug-ridden code and poorly performing applications.

The backlog of code used to make anything run smoothly and without bugs is enormous. Anyone without a developer would be amazed by the amount of code needed to make even the most superficial features run correctly. That is why CI/CD is a great process not only for businesses but for the developers that make the coding and system updates possible.

There are often non-critical issues in code that are missed as developers are looking for significant issues that could ruin the whole system. These are the kind of bugs that make a system just a little glitchy and slow. They are also the issues that are hardest to find in the huge blocks of code that fill the backlog. CI/CD checks and points out these minor problems as the smaller blocks of code are entered into the system. That means the minor bugs can be quickly identified and fixed, leaving more time for developers and testers to focus on big problems.

By now, it’s explicit that CI/CD is a time and money saver, so much so that it gives developers time to work on things they wouldn’t usually be able to, such as going back to fix older code and make it cleaner and more efficient. The idea that devs cannot only tackle the backlog (it’s called a backlog for a reason, after all – who has time for this?) but also work on non-critical defects is a game-changer brought to teams by DevOps and CI/CD.

CI/CD is not simply a toolset or minor detail for modern software delivery. On the contrary, CI/CD is a fundamental software delivery approach that sets leaders apart from their followers. By investing in good CI/CD tooling and practices, an organization can discover and maintain ways of working and software designs that encourage a fast flow of change.

Cloudfresh is a certified Consulting, Support, and Implementation Partner of GitLab, the first DevOps platform. We empower organizations to get the most from CI/CD pipeline, and our expertise covers advising, managing, and implementing high-quality technical solutions. With our help, you can bring teams together to shorten cycle times, reduce costs, strengthen security, and increase developers’ productivity.

Use this link to get a 30-day free trial for the GitLab self-managed licenses and professional onboarding, consultations, expertise, and technical support from Cloudfresh.

Let’s improve your IT infrastructure and start a successful DevOps transformation together! 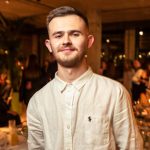 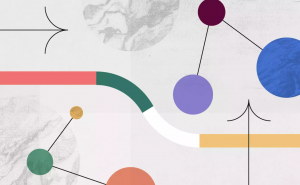 Critical Path Method: how it influences the project management process 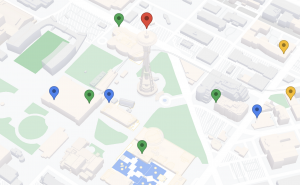 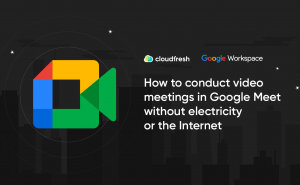 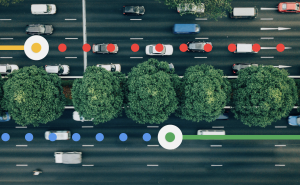 Google’s Maps data: How does it work?

Read more
Get in touch with Сloudfresh